Dumbo Market & Apartments / 2017. Brooklyn, NY
This project consists of a two-story public food market with micro apartment housing above. The market creates a community hub and a place for small businesses to thrive, while the micro apartments strive to fight the affordable housing issues associated with the gentrification of the Dumbo neighborhood. The building sits directly adjacent to the Brooklyn Bridge Park, which allows the public market to spill out into the park. The size and shape of this market varies based on the seasons. The market faces the center of a district of shopping and entertainment that has recently been developed in Dumbo, Brooklyn. Most of the Brooklyn Bridge Park is in this same direction, and is pulled through the site by a strand of vegetation that slices through the exterior portion of the market.

The Dumbo Market & Apartments project focuses on the concept of programmatic intersections. The facade is one example of this idea, with the intersections between public, semi-public, and private spaces highlighted respectively with light, medium, and dark colored materials. Another example is the blurred relationship between the park and the exterior portion of the market. In the winter, the market seems to be sliced in half by the park. In the summer, the market and park seem to flow in the same direction, pulling in the direction of the center of the Dumbo neighborhood. The units within the building also exemplify this concept. The Balcony Studio intersects the private space in the unit with the shared balcony space, and the sleeping space with the entertainment space. The All-Inclusive Suite does the opposite, separating the sleeping and entertainment space while removing the semi-public balcony. The Triple Corner Suite focuses instead on an intersection of demographics rather than programs, allowing a wider variety of occupants with different living situations to reside in the Dumbo Market & Apartments building.

The idea of programmatic intersections further is implemented with the interaction between the residents and the market on a daily basis. A series of two atrium spaces allow residents to view the market from all levels of the building. One of these is embedded in the apartment portion of the building, and contains spaces to sit and interact with neighbors. The other is between amenity spaces and residential spaces, so that residents must view the market in order to get between their apartment and the fitness center, library, communal kitchens, & communal living rooms. 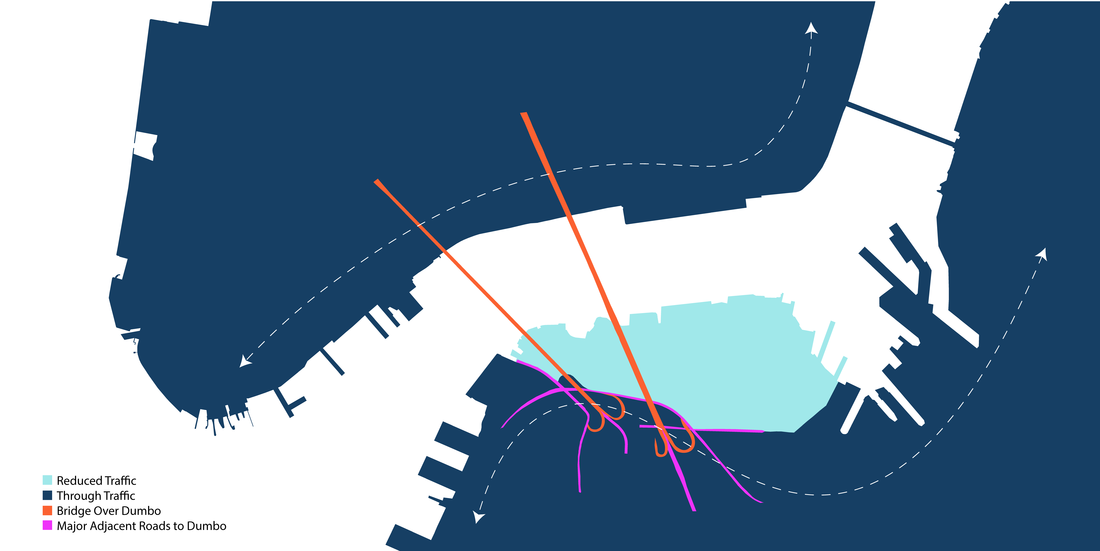 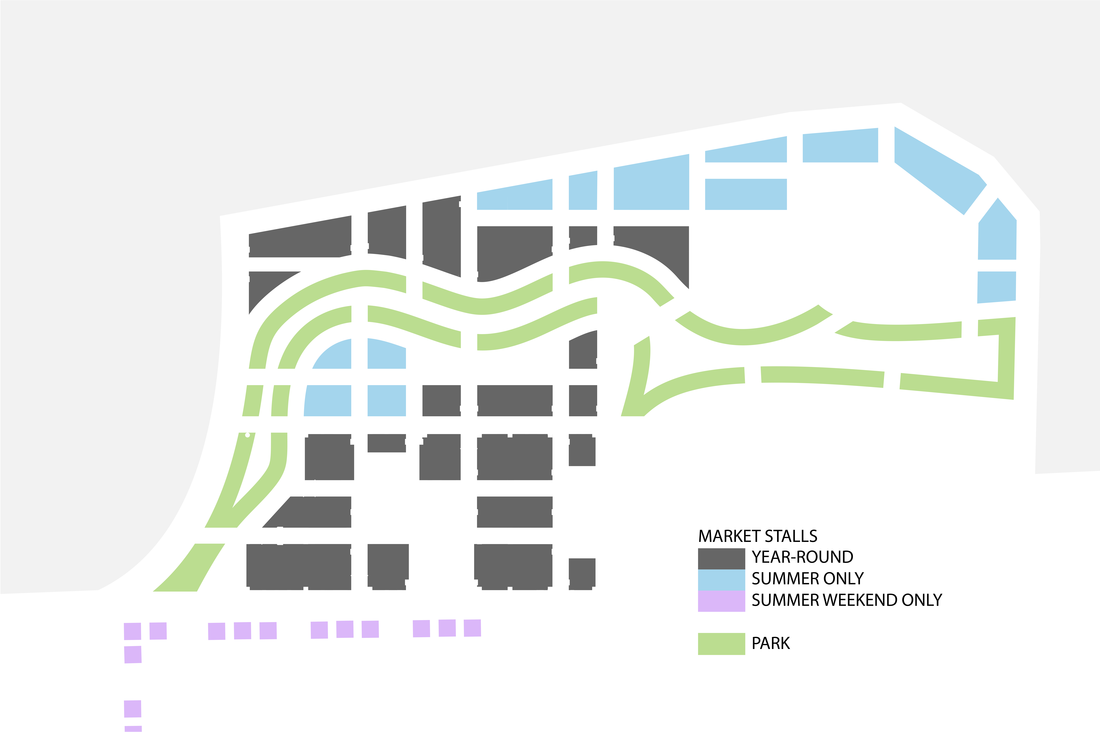