Loggie di Architettura / 2018. Firenze, Italia
Collaboration with Amanda Brunner
Loggie di Architettura is a study and translation of historical Florentine architectural typologies. This project focuses on the loggia typology. Loggie can hold a variety of circulatory and stationary programs. They can be internal to a building's function, or an extension of the street or sidewalk. They can also have varying amounts of program above, or none at all. In this project, Syracuse University's Florentine villa is extended to become an urban element within the city. Multiple types of loggie structures are aggregated to create a network of circulation and differentiated public spaces. Directional columns and monolithic, tall loggie pull the public into the school. Programmatic loggie appear on the facade as shorter, less monolithic, and less directional.

The loggie are more prevalent on the ground floor of the building, and less so at the upper levels. As a result, the project consists of program suspended upon stilts, with a more public ground floor and less public upper levels.

This addition to Syracuse University in Florence also looks at issues of local versus unifying symmetries, deterioration of symmetry, and the relationship to the logic of the existing villa. Local symmetries occur in the middle of the loggie, but do not create unified symmetries across the whole building, as the axes created by these elements constantly shift throughout the project. Deterioration of symmetry is used to move gradually from a mostly symmetrical layout on the shorter building facade to an asymmetrical layout at the opposite end of the building, which is a tactic often used in renaissance palazzi on imperfect sites to emphasize frontality. The new construction relates to the existing villa through a translation of fenestration geometries, an idea of framing and wrapping the old with the new, and elevational alignments. 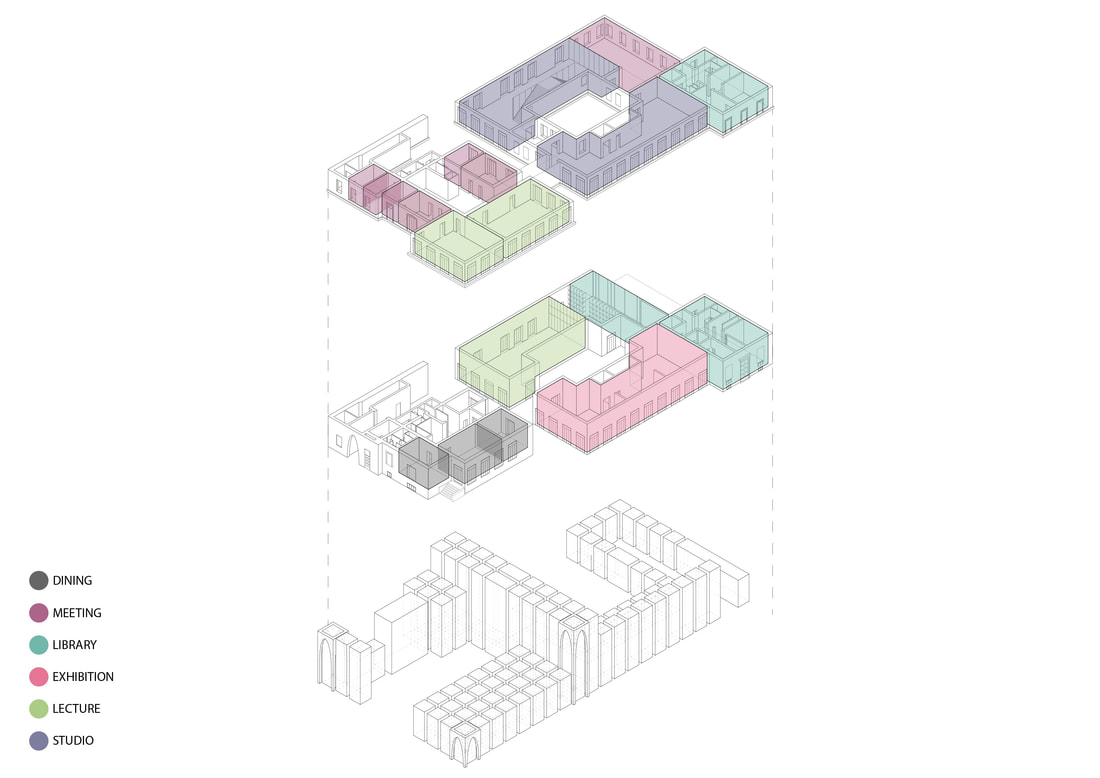